I fell ill. It began in Stockholm. I had a sore throat and a dry, tickling cough. I remember thinking, oh no, no, no. Not this week. Not with the Great North Run on Sunday. On the last run I did, I had to stop and cough a lot, but I was hoping that it didn’t get worse. By “worse,” I mean that it didn’t go down into my chest. The runner’s rule: anything above the neck, you can probably run. Anything below it, don’t. Or, chest equals rest.

On the Friday before the Great North Run on Sunday, I felt OK. I decided to do Parkrun on Saturday as I’d missed a run and wanted to work my legs. I cycled over to Roundhay with my running club-mate Andrew, and I set off with no intentions of being fast. In fact I was a minute faster than I have been for a while, which when you’re running for under half-an-hour, is more significant than it sounds. I don’t do Parkruns very often. I love them, I really do, but I’ve just had other running priorities. And much as I love their inclusiveness and encouragement of all runners of any ability, I do find the wearing of 50 and 100 t-shirts and Parkrun-totting-up to be a bit odd. Or at least, not something I must aspire to, as I’ve only done 11 in three years and I don’t think there’s a t-shirt for that.

After the run, as we gathered at the bandstand, I began to cough. Oh dear. And it was a different cough. This was not tickly and in my throat, but sending stuff up from my lungs. My cough had become what chemists and manufacturers of cough syrup call “productive.” I got home, delivered a marrow to the allotment association show, then lay on my bed and worried. I felt unwell, but how unwell? Was I bad enough not to run? But I had raised sponsorship for the run for WaterAid. I was supposed to be running with my mate Elliot. He was expecting me in Newcastle. I packed my things and set off up north. First though, I called at the designer outlet in York which I stupidly thought was on the way, as I always forget that to get to York from the A1 you have to go sideways. At the outlet, I felt worse and worse. My head began to pound. I was coughing. I phoned Elliot and he said, are you sure you want to run? I wasn’t. I set off in the car, intending to drive to Newcastle and then if necessary, cheer people on if I was too unwell. But then realised I had to take the road heading towards Leeds to get back on the A1 to got north, and it was raining, and I felt crap, and I just kept driving until I got home. I phoned Elliot, I went to bed, and I was sick for a week. I watched the Great North Run on TV, and thought Mo Farah’s victory was pretty suspicious, when it seemed clear that Kigen could have even only slightly kicked and trounced Mo. But I didn’t want to be there. I didn’t want to run. That’s how I knew I was ill. The thought of running even a mile horrified me.

I was unwell for a week. I went through bottles of cough syrup and packets of paracetamol. I couldn’t talk on the phone without collapsing into coughing. But after a few days, I began to feel better. Then I knew I was really better when I wanted to run again. Jenny, my trainer, suggested doing a couple of six mile runs on the weekend. But I was still coughing, and it was still in my lungs. I consulted my running mates, because I didn’t know what else to do. I’d done enough Dr. Google research to know that if I went to my GP, she’d tell me to start worrying when the cough had lasted for more than three weeks. I didn’t have three weeks to spare: the Yorkshire marathon is 26 days away, and my training has already been worryingly hit and miss. I remember at this point in my London marathon training I felt knackered but fit. I was  leaner and stronger than I feel now. My club-mates mostly advised caution, except for Laura, who said, do a half hour hilly bike ride and if you feel crap, don’t run. She admitted that probably wasn’t scientific. And Adam, who said he didn’t believe in the below/above the neck thing and if I ran without putting up my heart rate, it might be alright.

But I didn’t. I went to my allotment instead and madly gardened. The fresh air did me good. And on Monday evening I ran. And I loved it. Oh, I loved it. Not necessarily because I was running, but because I was exercising. Afterwards I felt like this: 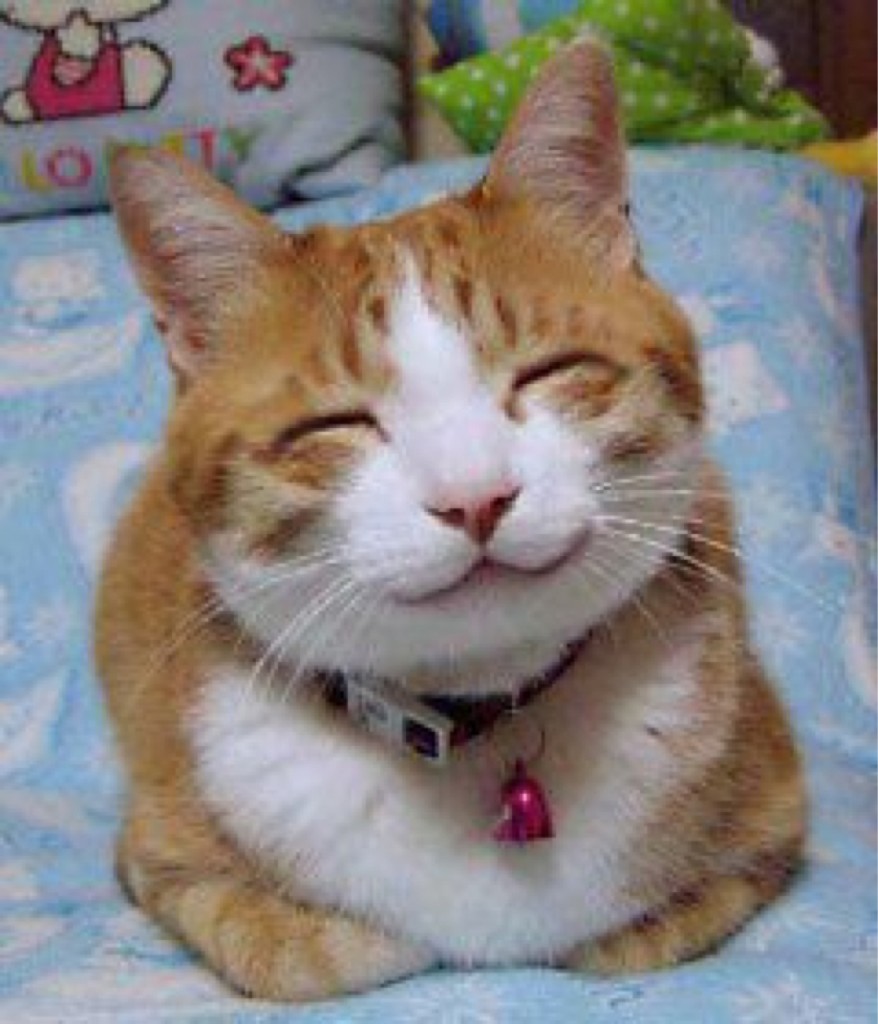 That feeling continued even into this morning’s training session with Jenny. I usually start clock-watching halfway through. I admit I did look at the clock when she started me on atomic press-ups early on, and I realised how quickly I’d lost strength in my arms. But last night I ran easily and happily. I felt good. Now I just have to work out how to do a marathon.

I went to France for August. I ran a lot. I ran in the heat, on the flat, up hills in the rain. I did 16 miles along a converted rail track, la voie verte, that runs from my house to the very beautiful city of Mirepoix, which I have visited so often, usually with visitors, that I have no pictures of it. I did though take a picture of the railway track. 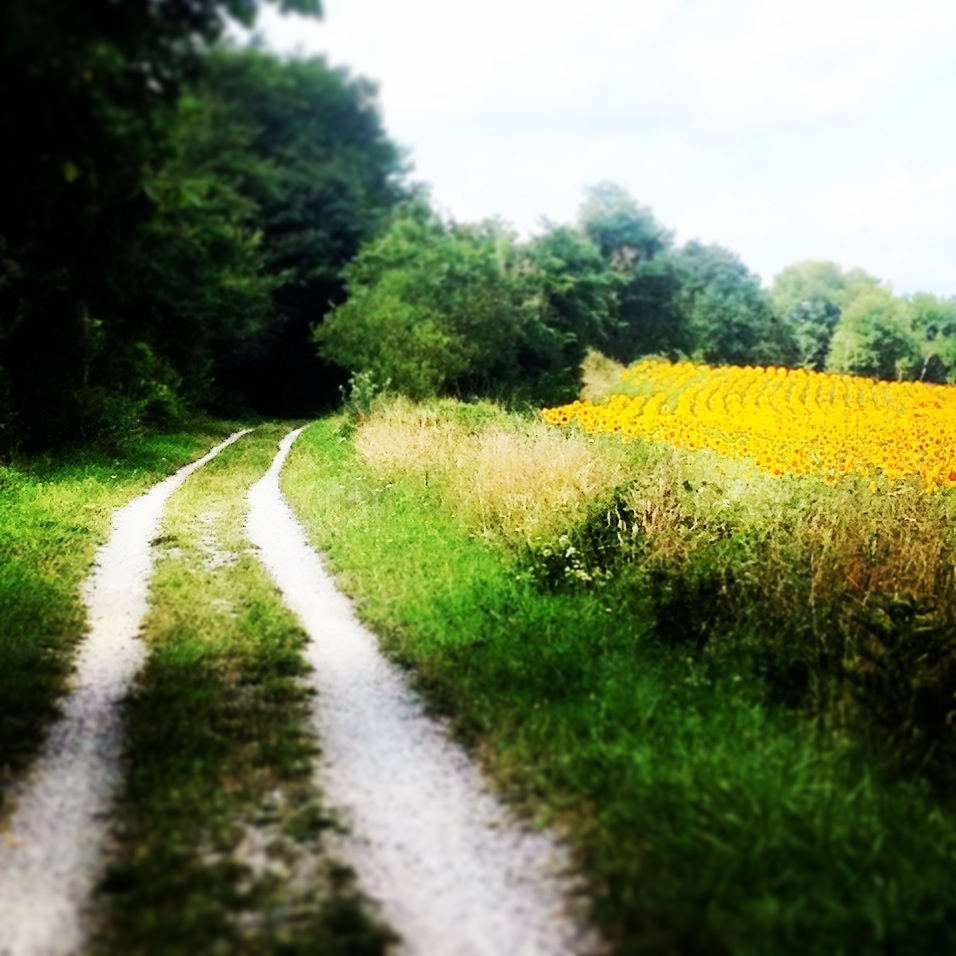 Then I came home, and confronted a strange fact. My marathon training has somewhat gone wrong. My personal trainer Jenny is great for keeping my core strength up and my consumption of meringues with double cream down, though not entirely. When I did the London marathon this year, I followed her plan to the letter. I was at first nervous and then scared stiff of running the longest I’d ever run, and so I wanted all the help I could get. It worked. I had a great day on the marathon, and so I signed up for another one. Also, I did London in 4:07, which I was happy with (or so I tell people), but actually I was aiming for under 4. So, back to the marathon drawing board. I entered Yorkshire Marathon in October, and thought, this will be so much easier. No wet winter runs in the dark. Lots of beautiful summer training runs around Eccup and Harewood at 6am, with swallows fluttering beautifully around my head as I trip along at an 8 minute mile pace.

That was the plan. Jenny first drew up a new marathon plan about three months ago. It had several phases: anaerobic conditioning first, then aerobic conditioning to get my speed up and then the long runs and more conventional marathon training started at 16 weeks away. It was such a beautiful, carefully thought-out plan. I know how long I’m supposed to run, and when, and at what pace. Those of you who are more relaxed about marathons will be wincing at that, but I found it useful. In theory. Because it turns out I’ve been rubbish at following it. As Andrew Kirby said, it’s like when you make a cake or something: the first time you take real care, and the second time it’s more slapdash. I’ve been slapdash. And I’ve been complacent. So instead of doing the paces, I’ve done what I felt like. I haven’t got all the mileage in, leading to Jenny saying things like “you’ve missed 25 miles last week,” although I’d done 20. Jenny is not a sociable runner – or at least, sociability while running isn’t important to her – and she is very disciplined. But I think sociable running is essential, and I’ve made that clear again and again by entering race and after race, even when they don’t remotely fit with my training plan that week. I can’t resist a Yorkshire Vets or a PECO or an Otley 10, even though they don’t fit in my training plan, and I haven’t resisted them. 14 mile training run on the plan? Oh, I think I’ll do Eccup 10 instead. A hard interval session? But a Golden Acre Vets race sounds so much more fun!

So every week I have felt guilty for not following the plan, but every week I continue to do things like enter a sprint triathlon and run 5K, swim 400m and cycle 21K rather than do a 12 mile long run. Of course it doesn’t really help that I’ve been travelling so much but that’s no real excuse, particularly when it’s to places where jetlag gets me up early and you end up lying in bed wide awake at 4am counting down the time until you can go running. And I haven’t been as bad it sounds: I have been disciplined enough to keep running while travelling, so I’ve done runs around a lake in Dallas, Texas with the lovely Lake Grapevine Runners and Walkers: 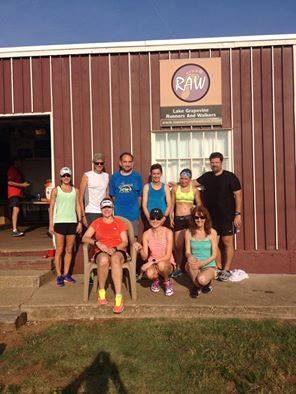 along the river around Stockholm: 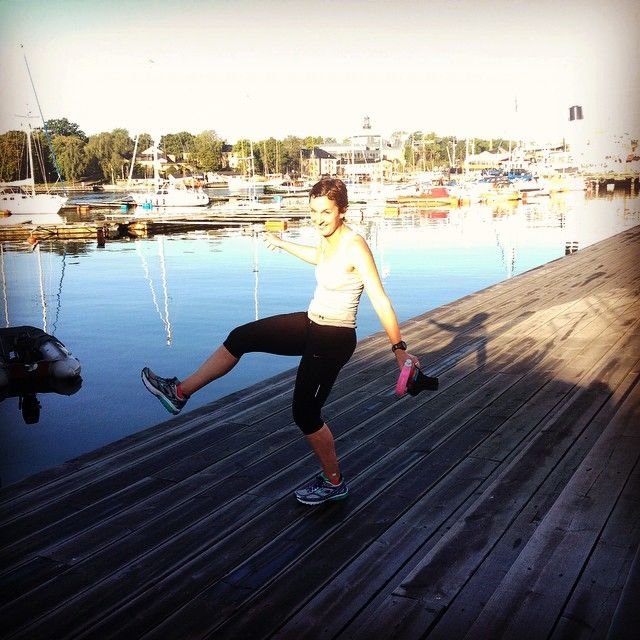 and up 16% gradient hills in Cornwall. 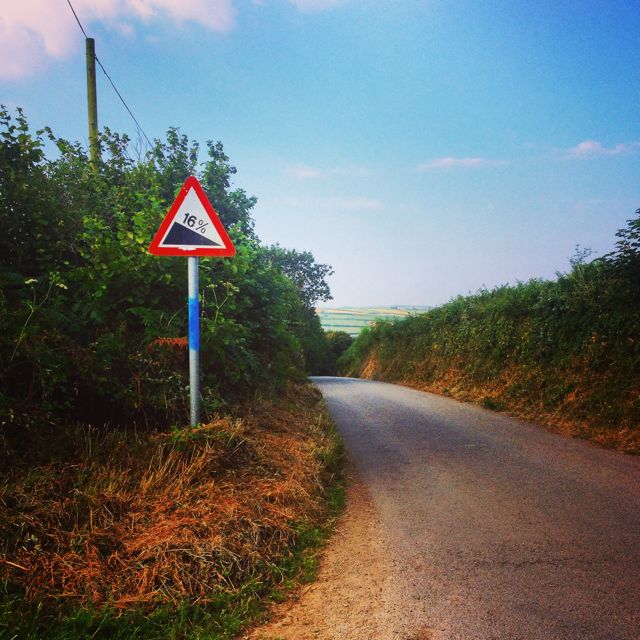 I did actually do three weeks of the six weeks of interval speed training that I was supposed to, and I loved it, and I got faster. I did do my 16 mile runs, although as one of them was in the company of Andrew “where is it on the map” Kirby, it ended up being four hours via the very beautiful Timble fell. 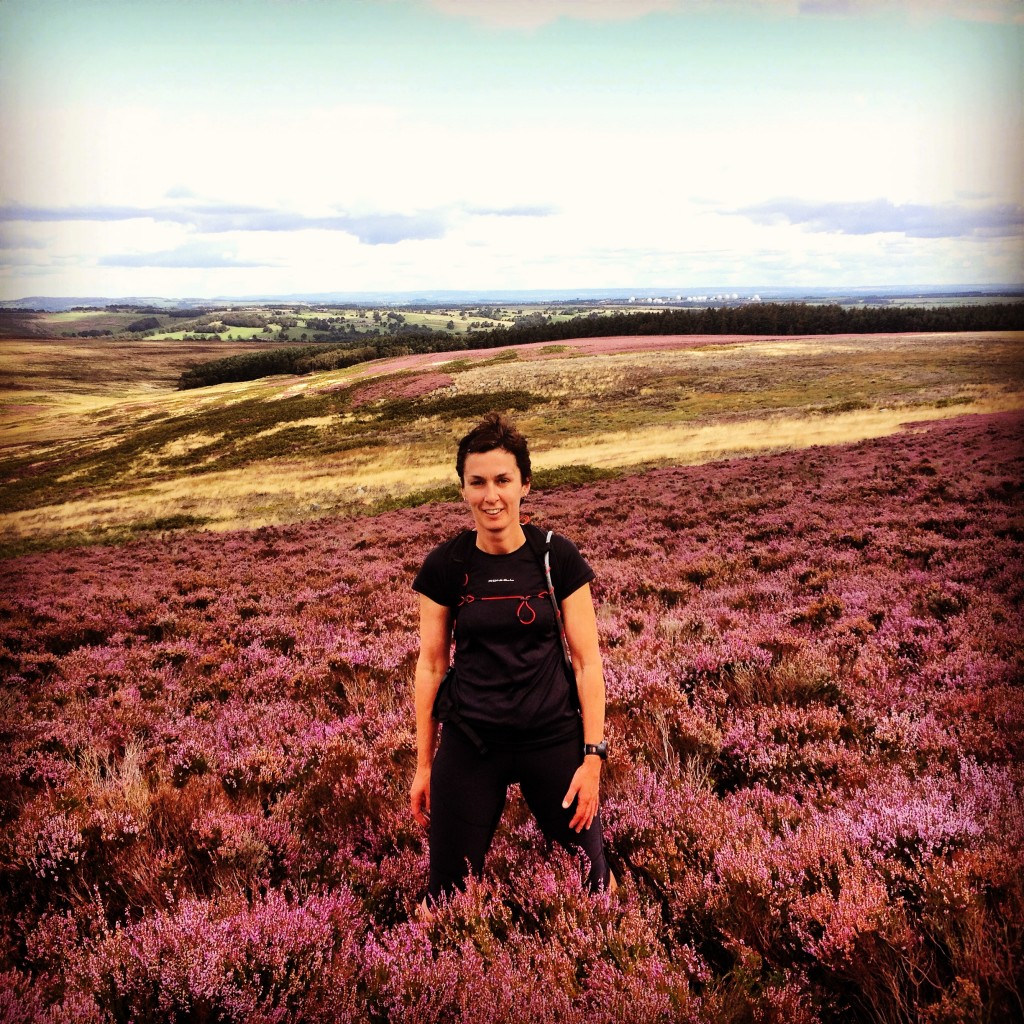 But now I’m nervous. Suddenly 26.2 miles seems like a very long way. So I followed the Leeds Country Way Leg 3 last week (even though it has HILLS, Marion and I came 5th out of 21 teams) with an extra 6 miles along the lovely roads of Tong. That was hard. This weekend I was supposed to do the Great North Run, and I was going to do an extra 5 miles beforehand. But instead I’ve picked up a chest infection and cough. The rule of running is that if it stays above the neck you can run. I was in Stockholm last week, and all week I had a sore throat and tickly cough and was begging it to stay above the neck. I did Roundhay Parkrun on Saturday morning to give my legs a try out and though I did it pretty fast for me, I paid for it. I immediately started with what doctors call a “productive cough,” i.e. sounding like I’m coughing up 25 years of 40-a-day cigarettes. (I’ve never smoked.) I set off for Newcastle on Saturday hoping that the drugs would work, but somewhere near York I felt horrible and turned round and came back. I’m so disappointed that I couldn’t run, but I also feel so unwell I can’t face the thought of even running a mile. I have no idea what this means for my marathon training but it can’t be good.