They are the Northern Cross Country Championships, run by Northern Athletics, but they are known as the Northerns. They form part of a series of three cross country championships: I missed the Yorkshires, but I’ll do the Nationals next month. The Northerns were held this year at Knowsley Safari Park, where we used to go on school trips. It has now, according to its website, upgraded to a Knowsley Safari Experience, but it looks pretty much the same as it did in 1976. We had two teams running from Kirkstall, but the men’s was depleted by two by the time we reached Knowsley, so they only had five runners and thus wouldn’t be counted (a team has to have six). That was frustrating. But not as frustrating as the weather.

I love mud. I say often how much I love mud. I wasn’t bothered by the thought of mud. But I didn’t want cold or rain to go with it. And I thought, as I packed my bag this morning, and looked at the sunny day outside, I won’t need my gloves. I nearly left my coat behind. As we arrived near Knowsley, the sky got blacker and blacker. We parked the bus on a field of mud, and then the rains let us have it. Driving, horizontal, freezing rains. It was the first time I have ever arrived at a race and thought, I’m not doing this. I’ve arrived at a race and not done it, because I took too much magnesium and didn’t realise it is used to relieve constipation, but I still wanted to do the race. I did not want to do this race in powerful rain, impressive cold, and mud. The rain stopped, the cold remained, and I ran.

We had an hour to wait. The women run a shorter course (something I once objected to as it was sexist. I will never object to it again) of 8K, starting at 2:15. The men begin at 3:15 and run 12K. This means that the slowest women runners risk being overtaken by a thundering mass of male runners, which did happen to Jill last year. She said it was terrifying. So we were invited to go and watch the sea lion show while we waited. I was cynical about it, but goodness, sea lions are clever. If you have never seen a sea lion impersonate a seal or a killer whale, you should. Throughout the show I was doing my usual pre-race calculations of: do I need the toilet again should I risk it no I’ll be fine no I’d better go. Such is the pleasure of running at speed with a 44-year-old bladder. I suppose it’s not as bad as one Harrier who on a recent race ended up in a field doing open defecation. She used her gloves. She did not bring her gloves out of the field. I’ll be writing about running and incontinence for the Guardian running blog at some point. Well, I would.

It was very very cold. I borrowed a spare pair of gloves. I relinquished my newly bought hat with regret. We were in pens for the race, and off we went. Fast. Far too fast. I did the first 500 metres and wondered why I felt like all my body had been disassembled and put back together wrong, and I looked at my watch. A six minute mile. I slowed down. And I didn’t speed up again until the finish. It felt hard. Brutal. Difficult. Long. Hard. There was so much mud, because the juniors had already churned up the field. The course was nice enough: undulating but with no steep inclines. Two laps with nice scenery. But the mud made five miles feel like ten. There are races where I overtake people and there are races where I am overtaken. This was an overtaken one. Of course, the field was much better than I’m used to at PECOs or local Yorkshire vets races. There were runners from the umbrias of Northumbria and Cumbria. They had club names like Border and Low Fell, and they were excellent. They have probably been fell-running since primary school. But I got round, and I didn’t stop, and at one point, on the last incline, I invented a new running mantra.

But my legs felt heavy and dreadful, and I couldn’t even overtake the woman who was only 20 metres in front of me, although I normally manage a decent sprint finish. No chance today. So it’s bizarre that my time is almost exactly what it was when I ran a PECO cross country recently. It was the same distance, but I loved it. I felt like I had loads of energy. It felt like I was zipping around. This time was like running in porridge. I have no idea how I managed to get the same time.

We thought about changing clothes, but our shoes were so sodden with mud, there was no point ruining clean clothes by dragging them over the mud, and there was no point taking them off because our socks were sodden with mud, and our feet. So we went back to the field and cheered the men on for most of their race. Obviously we were cheering for our men’s team, but we also cheered for everyone whose club name we could read. Sometimes that meant we shouted “WELL DONE PENSBY WHERE’S THAT?” but still, we were good cheerers. And it really really helps. Just someone saying, come on Kirkstall, when you feel like giving up: it helps. The thing I liked least about this race, apart from the weather and the mud, was that most supporters only shouted for one runner or one club. I think that’s rotten. We are all slogging round, and it is easy enough to clap or just shout some encouragement. If you ever go to a race to support someone, please think of that.

Even Jonny Brownlee looked glum when he finished. And I don’t think it was because he didn’t finish first.

Achievement of the day, apart from slogging 5 miles through mud: Not stopping at Nash’s fish shop for chips and mushy peas, but carefully making a chick-pea and sweet potato stew with brown rice, even though I was starving. (I know my trainer reads this: Ignore the Twix comment, Jenny, and concentrate on the main course.) 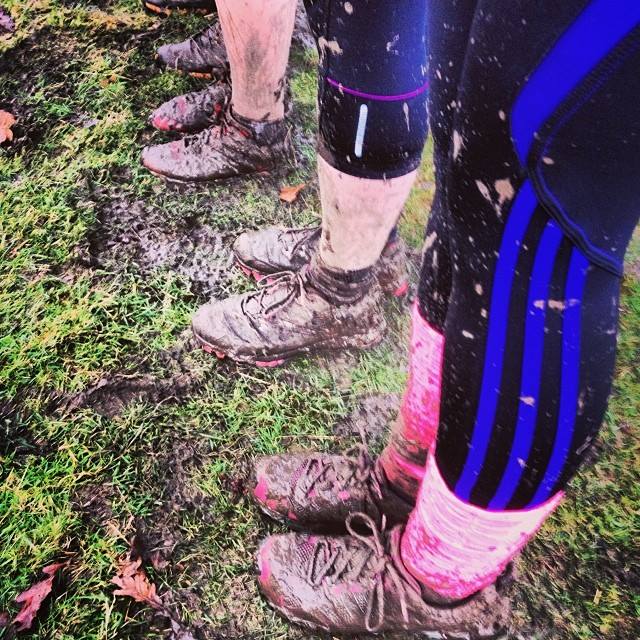 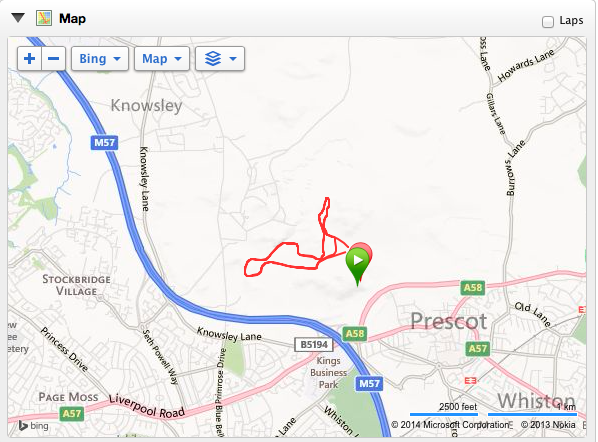