Today according to my marathon plan I am supposed to do a strength session and some cardio. Instead, after a day of not working as hard as I should, I wanted to run. I wanted to road run. This is not a feeling that I get often. But tonight I wanted to run five miles, quite fast, along the urban streets of northish Leeds, along Lidgett Lane and Street Lane (a name which until Elliot took a picture of it I didn’t notice was quite so undecided about itself), and back along the dark Gledhow Valley Road, up the steps, skirting the park and back home. I have described that so carefully but I just opened the door and it’s pouring down, and cold. And I am in two minds. I am supposed to do a strength session to prevent my hip problems getting worse. I have hip problems because my biomechnical movement when I run is inefficient. I don’t use my glute muscles enough. I know this because I have been video analysed and coached by the marvellous Teri at Pure Running in Harrogate, as well as been winced over by Simon the physio at Chapel Allerton hospital, who regularly exclaims at the tightness and knots of my piriformis and other important big muscles which should not be tight but smooth and efficient. Hardly anyone these days uses their glute muscles enough, because we sit on them and keep them static for hours upon hours. That’s not just bad for biomechanics. Be very scared by this graphic.

When I was at TED, Nilofer Merchant gave a great two minute talk on how sitting is the new smoking, and how excess sitting is cutting short our lifespan. I keep meaning to look into getting a treadmill desk, or making one. Instead I’ve adopted two cats. Treadmill next.

So I must do strength sessions and Pilates to ensure that my hip does not tighten into deep and agonising freeze over a 26.2 mile road race. This means that although my brain is shouting, “RUN,” I will not. I will stay inside and do the 7-minute body weight workout, three times, and my Pilates exercises, three times, and my hip muscles will thank me. Especially when I fling them around the Northern cross-country championships tomorrow. It’s at Knowsley Safari Park and hopefully not in the lion enclosure, although presumably that would encourage a sprint finish. 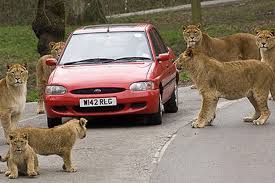