I read running books. I have a small collection of them. I’ve read Haruki Murakami, What I Talk About When I Talk About Running. And I can’t remember any of it except that it felt as slow-going as my marathon pace. I started reading Born to Run, but gave up when the focus shifted to Cabellero Blanco rather than the much more interesting Taharamura tribe. I read Running like a Girl, and enjoyed half of it. I read Feet in the Clouds, by my former editor at the Independent, Richard Askwith, and want to finish it but haven’t yet. (Not because it’s bad or boring, but because my concentration moved elsewhere.) I’m now reading Scott Jurek’s Eat and Run: My Journey to Ultramarathon Greatness. So far, I like it. That could be because I like running and I like eating. Or it could be the “good lord how is that even possible?” reaction to what he does: 100 mile races in mountains or Death Valleys. But I found the accounts of ultra racing in Born to Run really dull. And I don’t know what would make them less dull. I spend probably far too much time reading running blogs and running related Twitter accounts, but when I was asked recently for really interesting Tweeters who tweet about the realities of running, I was stuck. I realised that most Twitter running accounts are about kit or mileage. They are “I did this today” rather than “this felt like this today” or “I ran today because of this..” I think my club mate Gemma writes interestingly about running. And perhaps I just haven’t found the right blogs. But I do wonder:

Is it possible to convey running in words when it’s a simple act of putting one foot in front of another? When it doesn’t really need words? I wonder the same about visual art and text. Most visual artists shouldn’t bother with text. They struggle and grope and end up using jargon: Boundaries. Liminal. Transparency and opacity. Etc. There is a fundamental problem in describing one medium with another, and hardly anyone is any good at it. I’m glad they are so bad at it, because otherwise I wouldn’t have discovered the wonderful arty bollocks generator. Generate your own artistic statement full of nonsense! Here is a sample:

—
Artist Statement
My work explores the relationship between Critical theory and romance tourism.
With influences as diverse as Rousseau and Andy Warhol, new combinations are distilled from both opaque and transparent meanings.
Ever since I was a postgraduate I have been fascinated by the ephemeral nature of the zeitgeist. What starts out as yearning soon becomes finessed into a dialectic of greed, leaving only a sense of unreality and the unlikelihood of a new beginning.
As temporal phenomena become clarified through boundaried and academic practice, the viewer is left with an epitaph for the outposts of our future.
—

I think I’ll re-read Murakami. I think I will finish Richard’s first book before reading his second (which I will be reviewing for The Guardian). I think I will finish Born to Run. And meanwhile, I will wonder about the irony of writing words about running about why running resists words being written about it. Maybe. 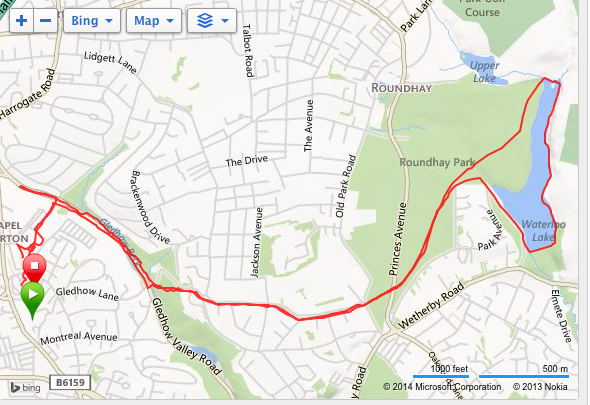