When I began to run, on the treadmill in the gym of Maersk Kendal, it was a solitary activity. There was hardly ever anyone else in the gym, and I worked out when there was likely to be no-one in the gym anyway, though that was tricky as the crew had different working shifts; officers on four hours on, four hours off, but the non-officers on other hours. Only three of us used the gym regularly: me, Julius the Filipino AB with very good muscles, and the quieter of the two cadets, who was training to run a half marathon with his dad. Actually it may have been a marathon. Whatever it was it sounded like an impossible distance to me, but when I started running, two miles of uninterrupted running seemed like an impossible distance to me.

Even if there was someone in the gym, I made sure to insulate myself anyway, wearing headphones because I couldn’t run without music or watching a film, because treadmills are so boring, even treadmills on ships. When I started running outside, I did that alone too, until I got the nerve to do my first 10K, where I ran alone in company, knowing no-one. In fact the first time I ran in company was when I joined Kirkstall Harriers, after running the Kirkstall 7, our club-hosted race from Kirkstall Abbey. In the goody-bag was a banana, some chocolate and a bottle of beer. I thought, that’s a good club, and joined.

This weekend I have been in Cardiff visiting very old friends who I met in my second year at Oxford in 1989. Kat is married to Barry, who works in law, and who is training for a marathon that happens on the same day as London but is in Llanelli (did I say that right?). I knew he had become a runner, because he posts his runs on Facebook sometimes. We were meant to go running when he came to Leeds on work recently, but I was sick and couldn’t. So this, finally, was our companionable run. My program said 16 miles, but Barry looked so shocked when I said this. “16 miles? On a taper week?” that I immediately looked up every marathon training programme I could find. None of them had long runs more than 12 miles in the penultimate week. Barry didn’t want to do 16, and although I have complete faith in Jenny, I saw enough 12 mile options in the training plans to be happy with less. Perhaps that’s just part of my odd serenity about the fact that it’s less than two weeks to the marathon.

But there was a problem.

Barry never runs in company. Never. I think he was a bit nervous. I suppose sociable running is a daunting prospect if you’ve never done it. How will I be able to breathe and talk? Won’t it slow me down? What will we talk about?

A decent time after a lovely lunch at Barry and Kat’s house opposite a huge park, we set off. Barry didn’t take headphones or anything beyond his iPhone to listen to the mapmyrun woman (which would drive me nuts: I prefer my silent Garmin), and a bottle of Lucozade, which I drank most of because I was as usual dehydrated. I had carefully packed energy gels and electrolyte drink and carefully forgotten to bring any of it. The route was not particularly scenic for the first couple of miles, but then we got to the River Ely and ran along that, eventually quietly and scenically after a mile or so alongside a noisy main road. There were housing estates, then marinas, then a house called Chez Baz, which Barry had to take a detour to show me and I’m very glad he did. Then, the barrage over Cardiff Bay, which is beautiful. And Barry talked easily and I learned about employment law and Liverpool dockers and all sorts, and it was great. The scenery at the barrage was wonderful: water and clever engineering works, which I like. And we set off the speed alerts for running more than 5 miles an hour. Ace! Barry stopped to show me this. It’s called Three circles for three locks and is quite amazing, considering how much engineering and science it must involve. It only all lines up on one spot, I think. 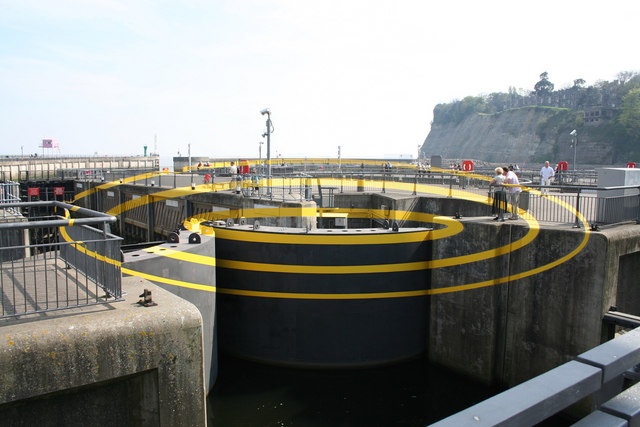 We ran through the marina bit on Cardiff Bay – it’s probably not called “the marina bit” – where Torchwood was filmed, past Ianto’s shrine, which is pleasingly daft: 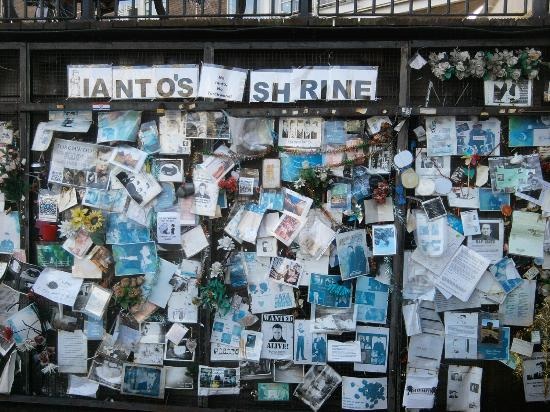 (it is daft, foreign readers or people who never watched Torchwood, because Ianto was a fictional character) then behind Techniquest, one or other of the stadia – cricket? Millennium? – and back into the extremely large Bute Park, kindly given by the extremely rich and land-rich Marquess of Bute. We ran along the beautiful River Taff, through Saturday afternoon walkers and early evening going-outers, as it was 6.30 by now, and back. I don’t know if Barry found it difficult to talk, but I didn’t. And look, we ran over the sea. 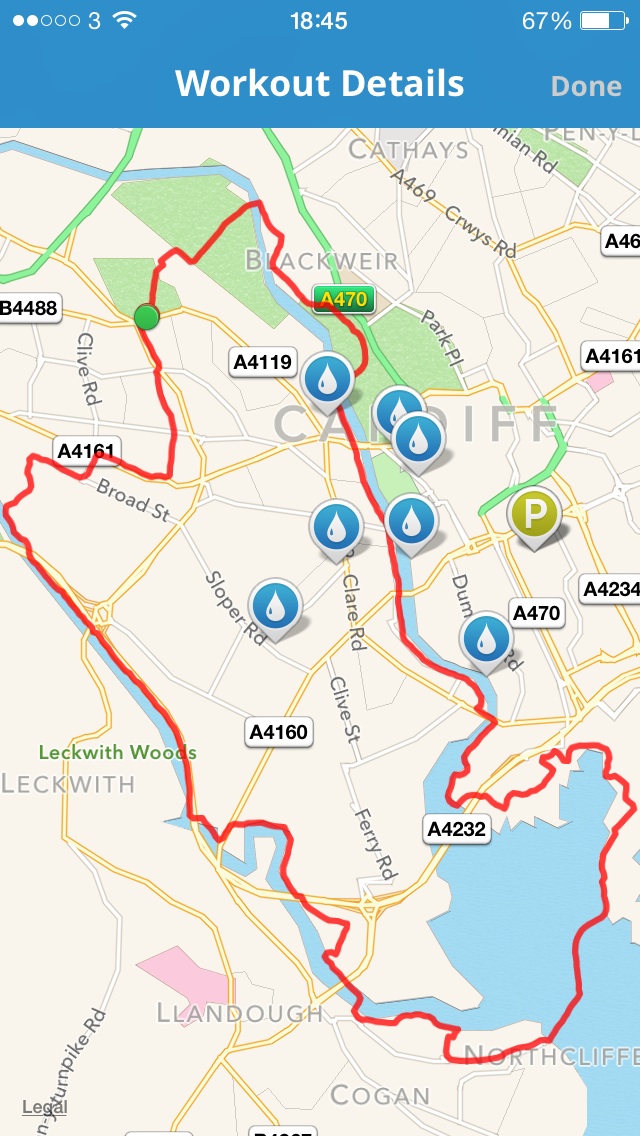