I’ve been unwell. Not ill, not sick, but unwell. I spent last weekend in Cardiff, and I was staying in a house where both my friend Auriol, and two of her three children had coughs and colds and spluttering. It was not my finest hour when I reacted with some horror to that and immediately ran upstairs to fetch my bottle of Propolis, which I swear wards off all colds, but only if you take it when you feel it coming on. I’m not normally so precious, but I know that I often pick up infections and things from children, and I know they are very effective vectors of rhinovirus. I think I may have offended Auriol by looking so appalled and running off to get my potion, but I’m running a marathon! Nothing is normal anymore.

It was all useless, as I got to my next event, judging a toilet design competition in London at the RSA on Monday, and it was too late. My head ached, my nose ran, I felt unwell. Under the weather. Poorly. So I didn’t run eight miles up to Regent’s Park and back. And when I got to Oxford, although I carefully worked out where to run – just down the beautiful cobbled street that Merton College is on, into Christ Church meadow, and along the river – I didn’t run that evening, nor the next morning, nor the one after that. Instead, I dosed myself with ibuprofen, carried a toilet roll in my bag, as I am classy, and waited for the cold to pass.

So I have done nothing all week except a Pilates class. I’m worried that that is taking tapering to the extreme, but I’m more worried about a head-cold turning into a chest cold, and that would make running very inadvisable, and I want to run.

Today I’m better, and I did my strength training session. Although it doesn’t matter and I am not dieting, I noticed that I’ve put on 2 pounds in a week, probably from eating constantly to fuel myself for the marathon, and not doing the exercise that lets me eat constantly. I read this Q&A with Rebecca Cox and Cheyne Voss in the Guardian yesterday, and liked Rebecca’s advice to marathon runners to EAT EVERYTHING IN SIGHT. EVERYTHING. But Jenny looked darkly at me when I said that and said, “what does she mean, everything?” She was probably recovering from the horror of me telling her that sometimes my pre-race meal the night before is chips and mushy peas, because once I happened to have them and the next day the running seemed easy.

Food is on my mind. I don’t like planning food. It’s too much like dieting. But I will plan this week’s meals, and stick to them. I wish I could ask those Veggie Runners for tailored advice, but they are busy running the Manchester marathon this weekend as a mother-daughter relay.

And the marathon must be on my mind, because I’ve started to dream about it. It was funny being in Oxford and going back to Somerville College, because I remembered suddenly the terror of not getting a First, and how stressed I was. Doing my Finals was a formative vent, because my default stress dream is still that I haven’t revised for an exam. The second is that I need to get somewhere and keep losing things and can’t get there. Now that dream has turned into a marathon version, so I’ve dreamed twice about getting to London and not being able to get to the start on time, including last night. Yet when I’m awake, I feel more excited than nervous. My biggest worry, apart from how I’ll feel after 21 miles, is what socks to wear. My beloved rainbow socks aren’t cushioned enough. To chop the feet off or not?

And THANK YOU so much to everyone who has sponsored me so far. Thanks to your generosity, I’m one of the top five sponsors for Seafarers UK, which I didn’t expect. You are all wonderful. I will run like the wind, or, after 21 miles, like the wind on a slow day. But I will do my best to deserve your sponsorship. 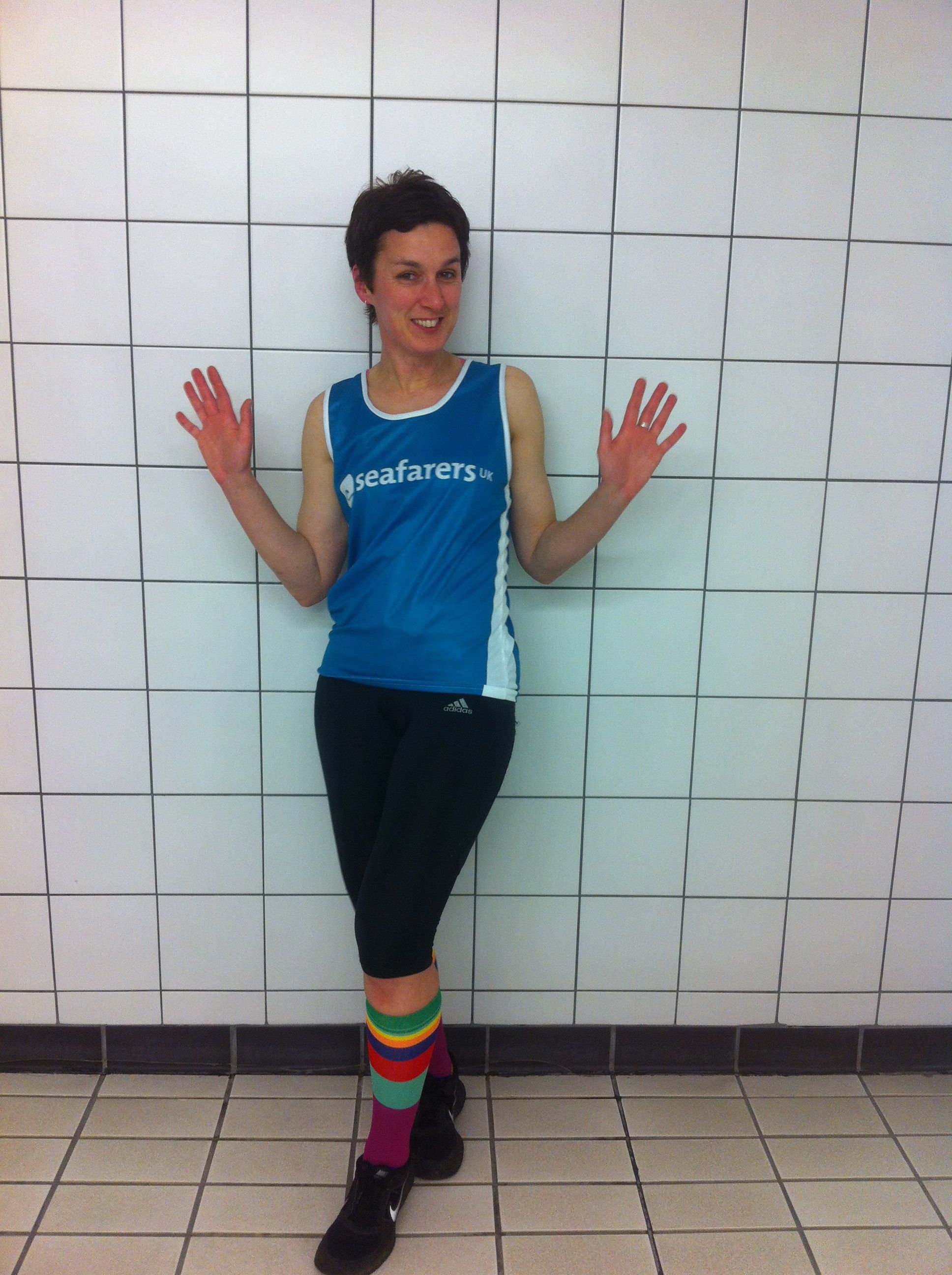 One Reply to “Rhino”