My mother looked at me suspiciously, just after I’d told her I was off running. “You’re taking this surprisingly well,” she said. “I thought you’d be weeping and wailing.” She’s right. I am taking this surprisingly well. I also thought I would be weeping and wailing, not least because I thought I was so dependent on running to keep my brain and moods stable. It’s not that I don’t miss running. I do. I supported my club-mates at the Meanwood Valley Trail race on Saturday, along with FRB, and although I got to borrow our chairman’s lovely Nikon camera and take photographs, I was wandering around before the start wishing I was wearing shorts and about to run seven miles through the woods on a beautiful sunny day. And today is another beautiful sunny day. It’s nearly 19 degrees, and too hot for me to run in, but I’m feeling wistful about a late evening run on the dusk at the end of a hot day. I love cooling twilights after heat. Instead, I went to the physio, to be poked and prodded with total professionalism and considerable pain. I’m not sure which hurt more: my kidney, my QLS (I think; anyway somewhere in my back); my outer ankle, which is extremely tight because it’s been compensating for the inner one, or the other way round; or my inner ankle. Actually, as I’ve just winced in memory of what she did to my inner ankle, that was definitely the most painful. I think I actually bit the pillow.

But it’s all doing me good. I know it is, and I think I am not weeping and wailing because I know it will work, and I will get stronger. Also, in a way, not running has been a revelation. Yoga: I haven’t done yoga for years, since I started running. I’ve done Pilates, but that’s more like gym stuff. I don’t care for spiritual yoga, or chanting Sanskrit in a room in Leeds, which is just daft, but I think yoga is more holistic than Pilates. I’d forgotten how much I like it. So I started Operation Fell Soon with very good intentions and practice, waking up at 6am to get to a 7am yoga class by SweatYogaFit at Northern Monk Brewery. It was fabulous. I really loved Helena’s teaching style, and how she would say, “if you’ve got room [in your body], do this but if you haven’t, it doesn’t matter.” I wasn’t as stiff as I thought (though my physio today actually did an intake of breath at one point, so she would disagree), and at the end I thought, that was actually a good workout. Running has made me a running snob; I disdain cycling, I abandoned yoga and I haven’t been swimming for years.

The class was £6 and afterwards I paid another £4 and had breakfast at Northern Monk, which was great. It was home-made granola with cacao nibs and compote. Plus coffee of course. I may have started doing yoga but I’m not *that* healthy. 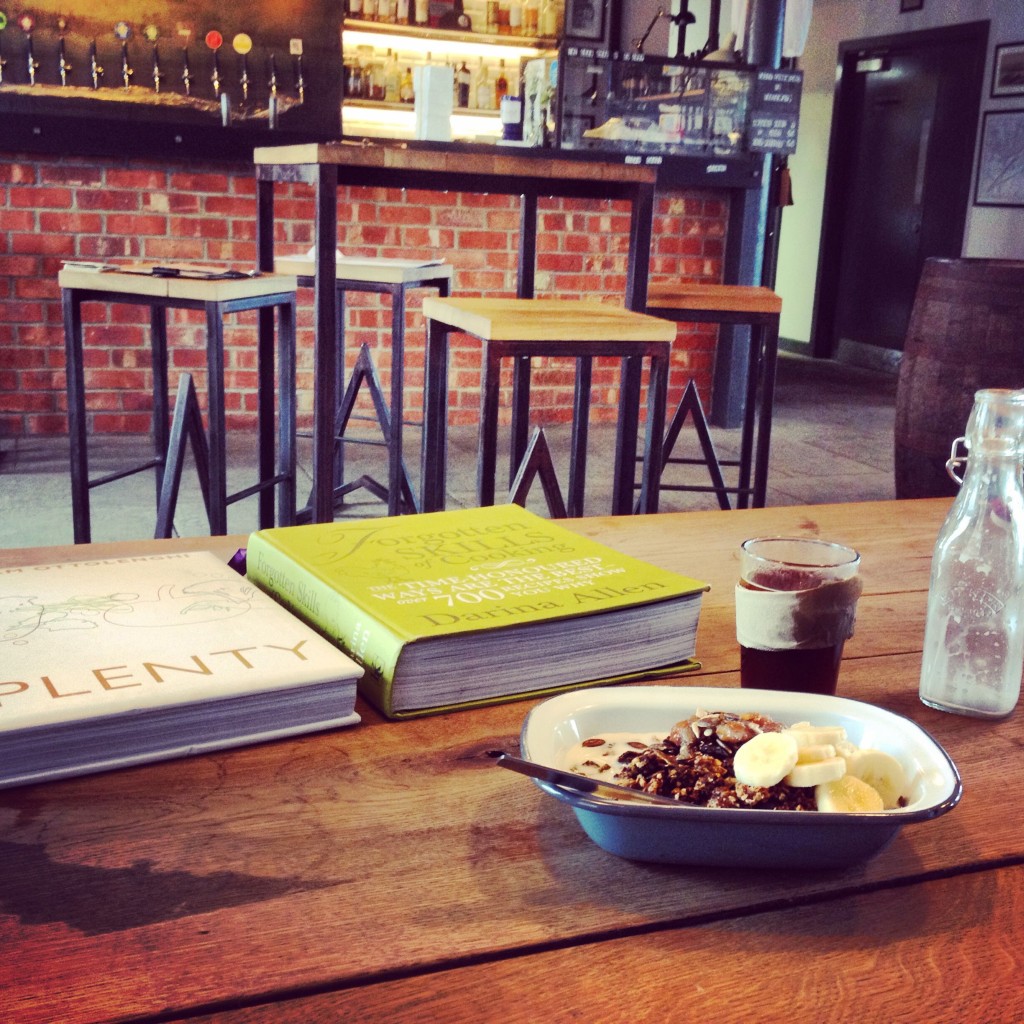 Then, I re-discovered swimming. I got slightly obsessed about aqua-running, which someone had mentioned might be a good idea, so I started googling aqua-running belts, then shoes, then looking for classes. Once I’d wasted all that time, and FRB suggested going swimming, I just thought: sod it, I’ll swim instead. And I’ve been saying for years that I was going to go to Bramley Baths, which are not only stunning: 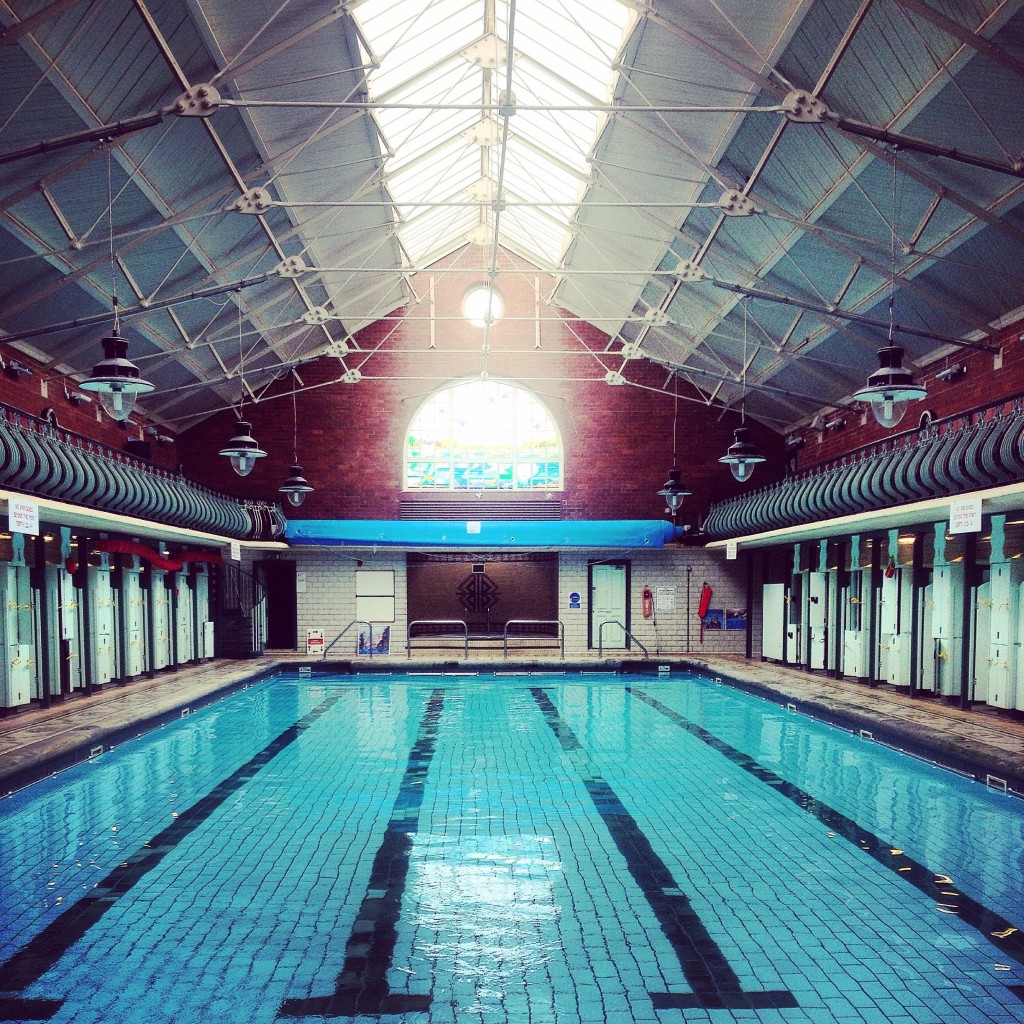 but community-run. It was lunch-time, and I was worried the baths would be busy, but there were just a dozen of us, and plenty of room to swim. And I launched my aqua-running initiative by going to the deep end, out of my depth, and running on the spot. God, it was HARD. I was exhausted after 100 kicks, and I did 5 sets of them. Aqua-running is supposed to be brilliant at maintaining cardio fitness for injured runners, and I can see why. So, Operation Get Fell Soon continues. Next week I may be allowed to cycle, but not yet.