I had lunch with FRB yesterday. He said, you look really healthy and well. And yet it was one of the black days. They happen every third day, at the moment, either because my HRT patch runs out, or because the dosage is too low. When the HRT patch is working, on the other two days, I feel positive and great. But on days like yesterday, though I looked fit and well on the outside, inside I had that catch in my throat that you get when you try to stop crying. And a deep, inexplicable sadness that is almost grief. It feels biological, fundamental, but I know it usually passes by the next day. I meant to get up at 6 and run to breakfast yoga, but I didn’t. I meant to run to make up for that, but I didn’t. I thought maybe I should sow some seeds, or tidy my office, or keep my mind occupied. But I didn’t. I took a sleeping pill and chose knock-out instead.

And today is another day. In the post this morning I got OL2, an OS Explorer map of the Three Peaks. And I’m rather scared. I may look fit and well, but I also feel bloated and crap every third day. I don’t know if I’m fit. I know that I’m better at hills, and that I have many many miles in my legs, but does that make me ready to run 24 miles and climb 6000 feet, and do two-thirds of that in under 3 hours 30 minutes? I still don’t know. I don’t feel streamlined or super-strong, though we did a recce of all the Peaks the other week and I was OK. I got up Pen-y-Ghent in 55 minutes, and just made the made-up cut-off at Ribblehead. I think I may manage it, but it will not be easy, and I will not be able to relax until I get to the final cut-off at Chapel-le-dale. Meanwhile, I’ve started doing an altitude spin class once a week to try to train my lungs. And yesterday I saw Lucy the physio, as my left knee has been persistently sore for a while now, and she said, as she was massaging my legs, “you’ve got quads!” So the 100 squats a day and the spin class may be doing something.

I’ve learned lessons. We ran 12 miles around Ilkley moors at the weekend, and I realised, when I felt awful, that I’d had hardly any carbs the day before. So even though I’m smiling in this picture, I was hurting: 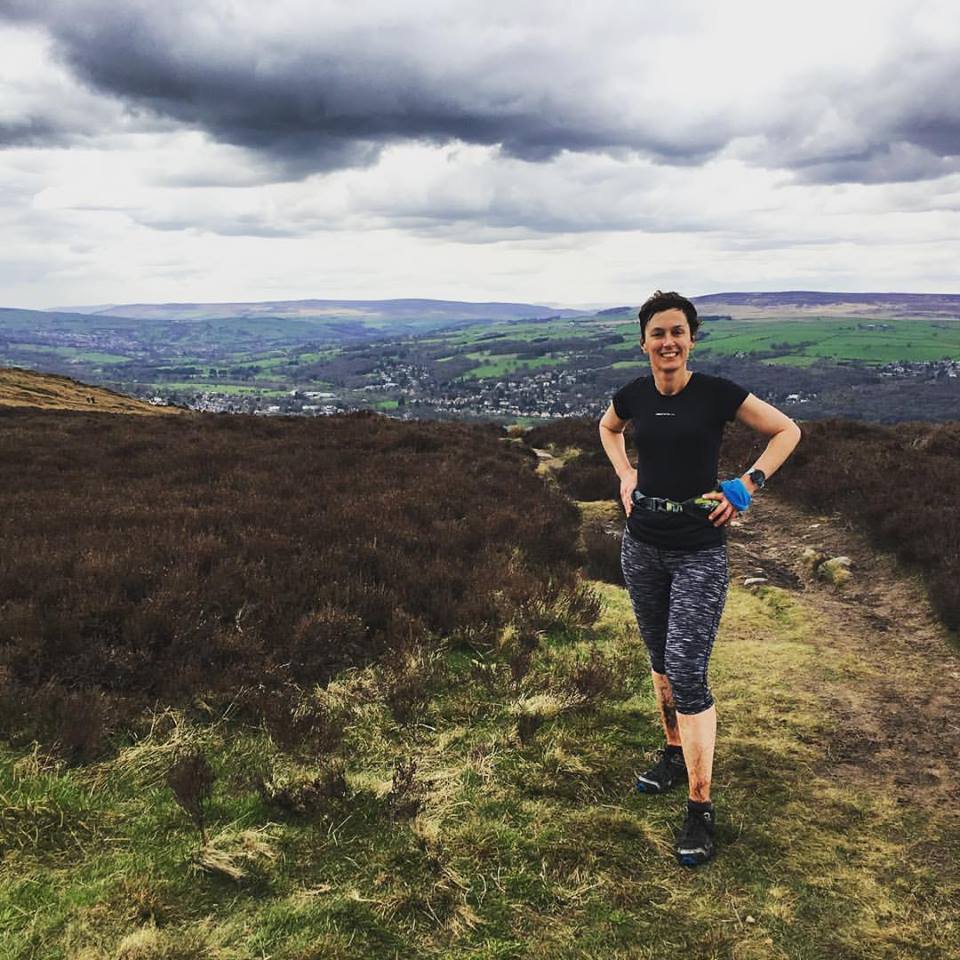 Does it feel any easier, when I’m running up a steep incline? Not really. I think the difference is that I keep going. And that even when I walk a bit, my legs seem to automatically start running again. I am better, definitely, at “running off the top,” so doing a steep climb and then being able to run on jelly legs. I ran the Baildon Boundary Way half marathon last week and did well. And we’ve been doing lots of moor and fell running. So perhaps I’m stronger than I think, and I’ll stop focussing on the Third Days and take my strength from the other two. This weekend I’m going to run up Whernside. That is, run what I can and crawl the rest. And I’m looking forward to it, to getting outside the house and outside my head. 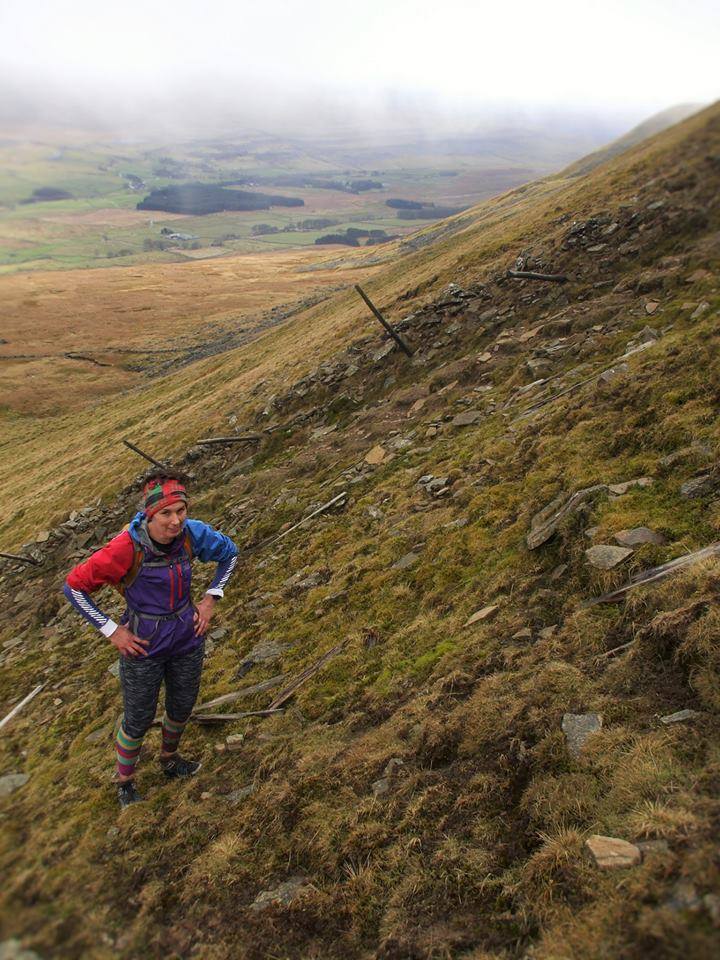 One Reply to “Inside and out”