Last autumn, I marshalled at a fell race. It was a decent day. The forecast was benign: about 13-14 degrees, not too much wind, a chance of rain. But that forecast applied to Ilkley, whereas the race was on Ilkley Moor. It’s not a huge amount of difference in height, but in that the difference the weather can change. I arrived a little late for the briefing, and had to run up a hill to catch my fellow marshals, and I was sweating a lot by the time I reached them. I was warm in my hoodie. Half an hour later, at my marshalling post halfway up the moor, I had my puffer jacket on. Ten minutes later, when it started to rain — and I was still waiting for the first runners to arrive — I put my waterproof on. Then, at intervals, my hat. Finally, my mittens. At no point was I cold but at no point was I too warm.

When the runners came through, about 40 of them, they were nearly all in shortsleeves and shorts. I would have been too, had I run it. I watched them pass, felt envious of their muddy legs, then moved to my second post 50 metres down the moor, where they would come through again. I still wasn’t warm enough to take off my layers, though for a while I removed my hat. It was wuthering and blustery. And when the runners came through a second time, I paid more attention. I was looking for how many were carrying kit, and I counted a total of three. I made sure to say “well done” to every one of them, but by the time I realised how few were carrying a bum bag or jacket, I changed that to, “well done for carrying kit.” Each of the three looked a bit surprised, but I meant it.

At this point, many fell runners will scoff. We are hard as nails. It was a warm day. The race organizers had decided that kit was not required. To demand otherwise would be nannying, weak, soft.

But I saw muddied feet, torsos and a face, meaning people had stumbled. I knew that if anyone had injured themselves and not been carrying kit, that they would be cold within a minute or two. Admittedly, we were not at the top of some magnificent fell in the Lakes, where an injured runner would probably have to wait a few hours for Mountain Rescue. We were close to roads and Ilkley and I guess that is why so many people had no kit. But I still think the point remains: a fell runner should be a clairvoyant.

Clairvoyant, from the French: to see clearly. It has no meaning about seeing into the future, but a fell runner does need to see clearly into what might be the future. He or she has to see the next toe that clips a rock, or ankle that twists, or balance that fails. They have to see the stumble, the face against rock, the pain and the crippling. They have to account for it, though it may never happen. And once the ankle is twisted or broken, who will keep the runner in vest and shorts warm? My marshal instructions suggested I take a space blanket, which I might have, had I not forgotten about it. But marshals aren’t there to rescue runners. Of course I would have helped, had anything happened, and given clothing and warmth. But that wasn’t technically my responsibility. In practice, other runners would have stopped, because we are fell runners and that is what we do, and they would have offered their kit and space blankets and comfort. I have seen runners being helped plenty of times, and I have done it myself. When I used to fall a lot, my friends always helped me, offering warmth and drugs. It’s a great kindness and a testament to what kind of tribe we belong to, but it shouldn’t be relied upon. It is shocking to be injured, and it is shocking how quickly you can get cold.

The great joy of fell running is to run in the wild. No roads, no cars, no daily stress. It is a precious freedom, and I love it. It is being human amongst nature and amongst what the elements can throw at you. But it also means being aware that they can throw all sorts at you and you need to be responsible for yourself. It is not hard as nails to run with no kit, unless you are prepared to die for the sensation of not carrying a waistpack or a backpack, or get severely injured or hypothermia. It’s an insult to chance and an invite to the rock that will trip you when you least expect it. 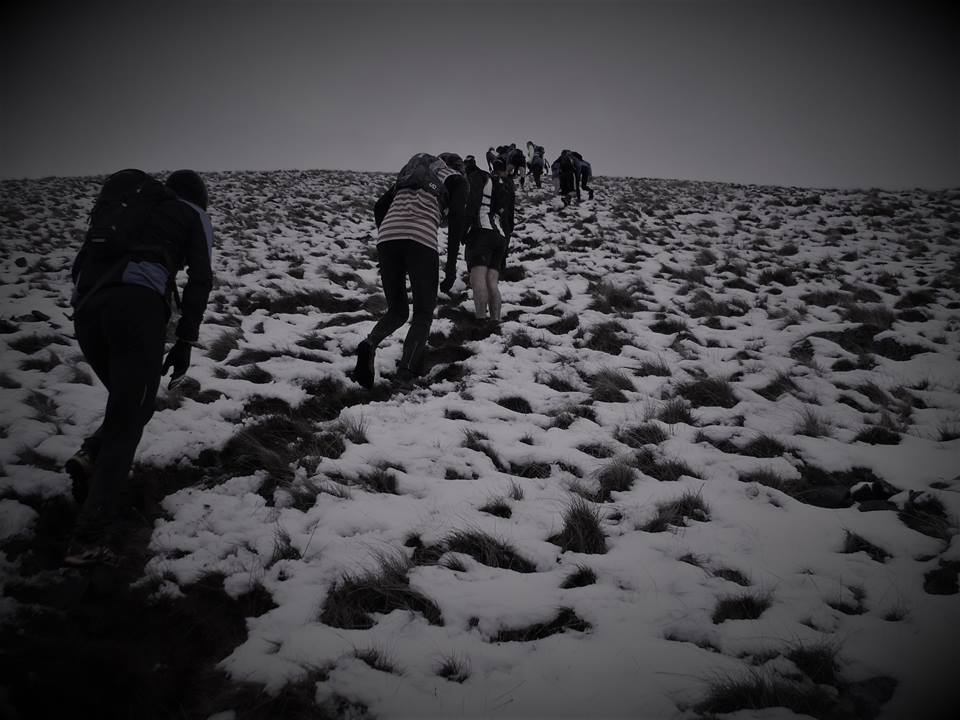