Mojo. Mine’s gone missing. It’s weird, because I’ve been racing, and loving it. But in my few months of not running, I’ve lost a trigger that I used to have. Before, I would never find an excuse not to run. I would read pieces in running magazines and blogs explaining to people how they should motivate themselves to get out of the door, and I could never understand it. Why would you not want to run? I ran in rain, cold, darkness, whatever. If I planned to go to a club training session, I never missed it.

Not any more. Last week I ran the Yorkshire Vets race on Tuesday and that was it. My plan called for two more five mile runs, and I did neither of them. I walked on my treadmill, I did a kettlebell class, but no running. What are my excuses? Well, I was blindsided by an unexpected and very heavy period. My periods are erratic now that I’m in the perimenopause, and I can’t predict them any more: months of nothing, then ten days of heavy blood loss. This one was heavy and painful, and though I can usually run throughout my period, I didn’t want to. On the weekend, when I thought I would run, I spent all day Saturday and Sunday at East Street Arts where we had an open weekend. But that’s an excuse, I could have run in the mornings. Maybe it was because I fell down the stairs? I’d had three glasses of wine, got myself a cup of tea, and started off upstairs with no lights on. I reached for the banister, missed it, and went flying back into the kitchen. Result: I didn’t die, though my head only just missed the corner of the sink unit, but I did scald my hand badly. I ran it under a cold tap, but I was tired and wanted to sleep so went to bed. Mistake. The throbbing and stinging got so bad that I googled the nearest A&E, then didn’t go. Instead, I dunked my hand in cold water for ten minutes, then found an insect bite soothing gel that calmed down the heat enough so I could sleep. I got burn plasters from Boots and that, I thought was that, until on Sunday it started to look angry. It was dark purple and there was a line of dark red leading down towards my wrist. So, to the walk-in centre in Burmantofts, which was busy: 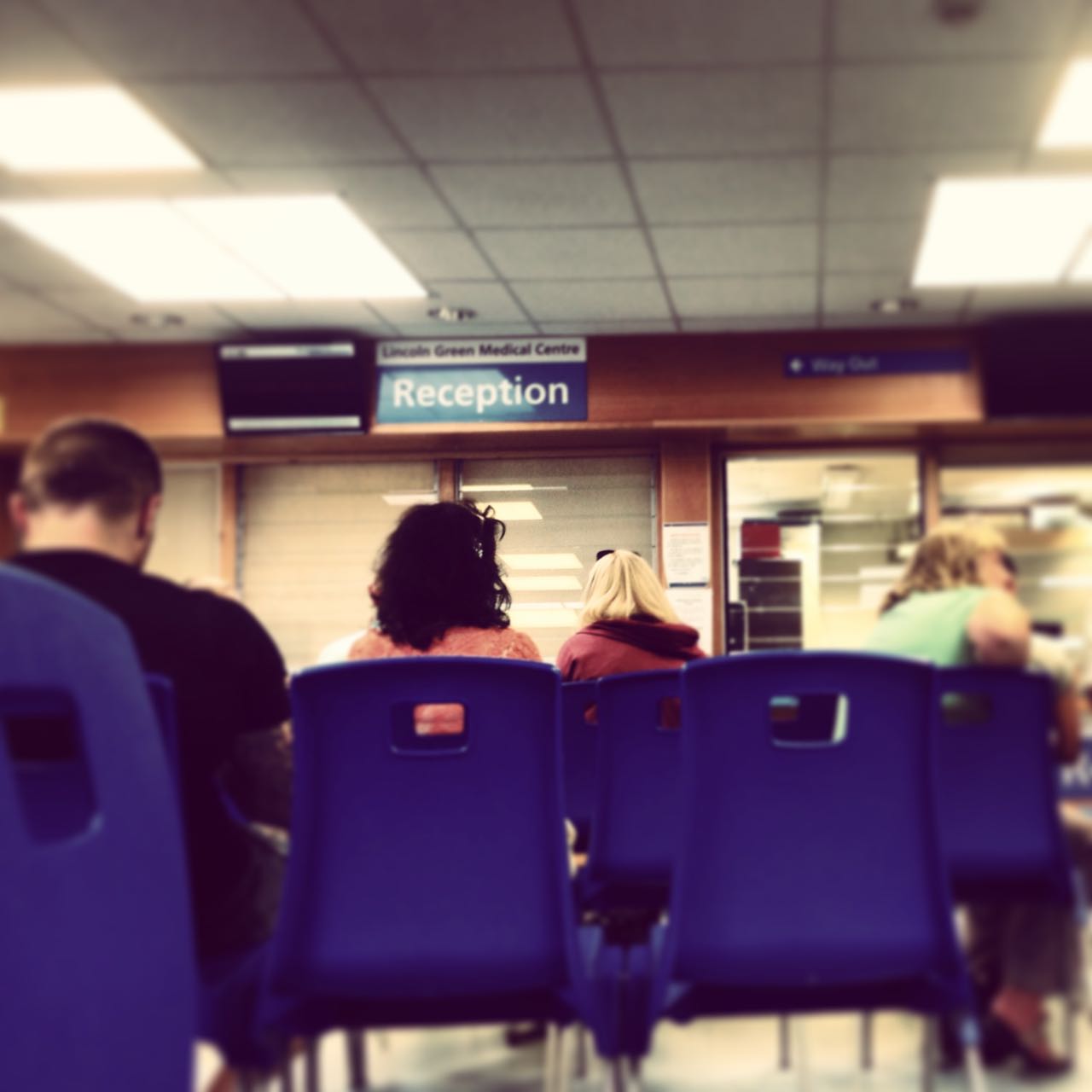 The nurse was lovely. She started telling me about a book she wants to write, and unlike many people who tell me about books they want to write, hers sounded fascinating. She laughed when I told her I’d fallen down the stairs backwards with no lights on with a cup of tea, then said, “I’m laughing with you, not at you.” And she said my burn – actually, as it was caused by liquid, it’s a scald – was infected. The red line snaking down my hand to my wrist was infection. Boots burn plasters, it turns out, Boots pharmacist woman, should not get wet. She put a dressing on my hand, bandaged it, told me to keep it dry at all costs, to get it re-dressed mid-week and prepared to set me forth. I said, “can I run?” She looked surprised. Yes, of course.

But I didn’t. On Monday I had a horrible day of depression. I got myself to my studio but not for long and soon retreated back home. All day. I kept meaning to go to training but the thought of having to run seven miles while chatting did not appeal. I didn’t go. I told myself that I should go and run on my own, but I didn’t do that either. Instead, I went to my allotment and built bean supports and harvested things. I came home and made gooseberry pie, and a quinoa and feta stuffed mushroom thing. And I went to bed and read a beautiful book and waited for the next day to come, as is my usual practice on one of the black days. The next day, I told myself, I would run.

And I did. I woke up at 5, when my cat woke me, dozed until 6.30, and was outdoors with my running kit on by 7. I absolutely did not feel like running. I’d eaten nothing, and drunk nothing. It was a stupid way to set off running, but I did anyway. I thought I’d do a gentle jog, but then I decided to run up the steep hill in Little Switzerland. Small steps, keep going, and I got to the top without stopping. Hurrah. I ran to Roundhay Park, and round the lake, and round the little lake, and up Hill 60 – small steps, keep going – and I did it without stopping. I ran back to Little Switzerland along Lidgett Lane, past the schoolkids now on their way to school, as my gentle jog had not been gentle, but nor had it been particularly quick, and the world had now fully woken up. I got to the bottom of Bracken Hill Woods and thought, I’m quite enjoying the hills, so I ran back up it again. I have never done that. Up, back down, then along to Chapel Allerton park, another steep hill, and I ran up that too.

Goodness. Maybe running on no fuel is something I should do more often.

And my injury? I just strapped a Garmin on it and kept going. Small steps. 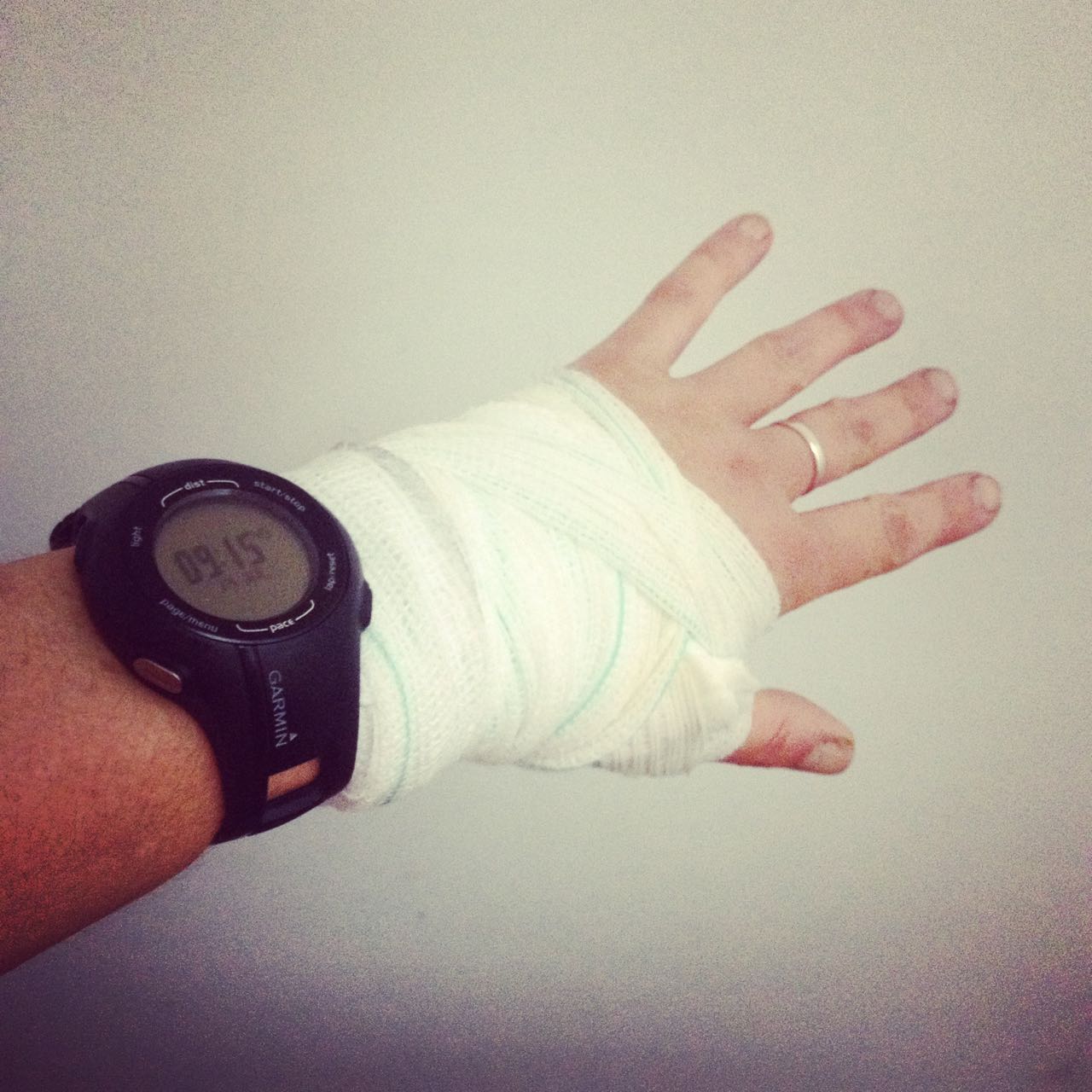 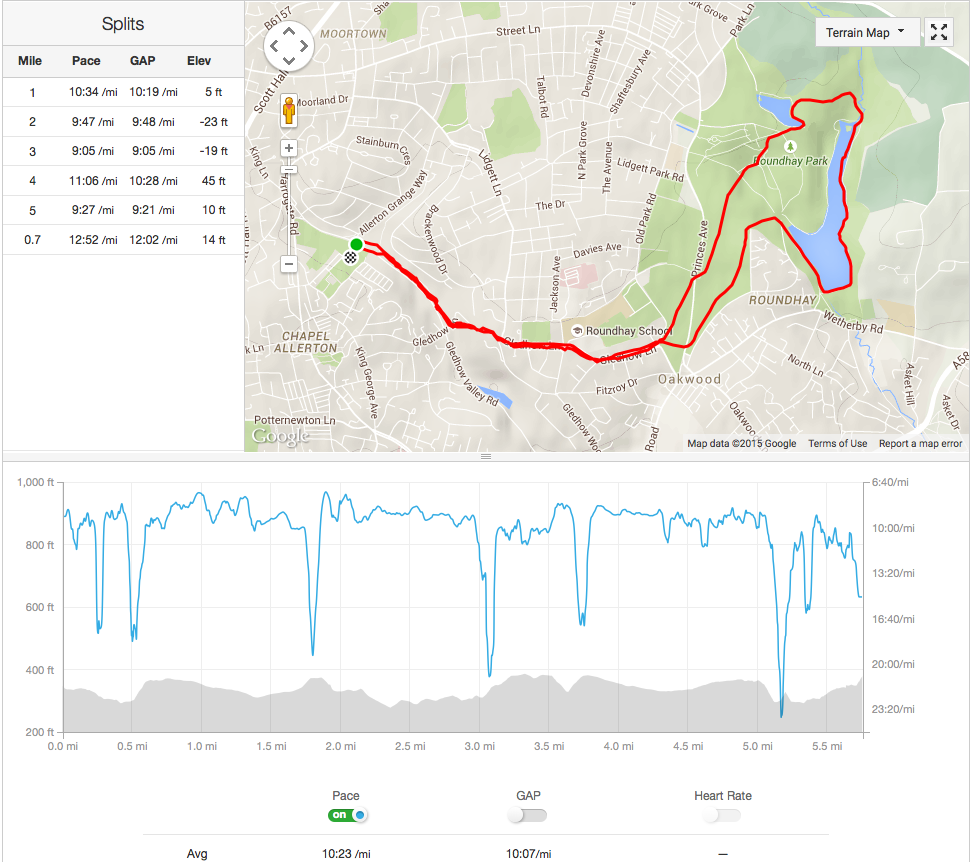