I saw Lucy the physio yesterday. She smiled a lot at my progress, and I’ve been discharged. Hurrah. Not that there aren’t things to work on: she still doesn’t understand my mysterious hip pain that I’ve had for years, which happens only when I’m sitting for a long time or lying on it, but not while moving. She dug her fingers into my q10 muscle in my back again, and it screamed a bit. But she’s very happy with the progress of my tendon, and so off I go to be cautious but a runner. Thank you, Coach House Physio.

So off I went to race again. Except, I was exhausted. After Eccup 10 on Sunday, I should have had a day of rest. And I did, sort of, apart from walking 5 miles on the treadmill, a Pilates class, and then a two mile cycle home. On Tuesday, it was the fifth race in the Yorkshire Veterans series. I love the Yorkshire vets, as I’ve written loads of times. I love being overtaken by 60 year olds, because it gives me hope that when I’m 60, I’ll be overtaking 45 year olds. This one was at Crossgates, a not particularly lovely area of Leeds. It’s where the Vickers tank factory used to be, and the factory is still there, forlorn, along with the tank testing track in the car park. The race was hosted by St. Theresa’s running club (STAC). I ran it two years ago and all I can remember of it is the tank testing track. 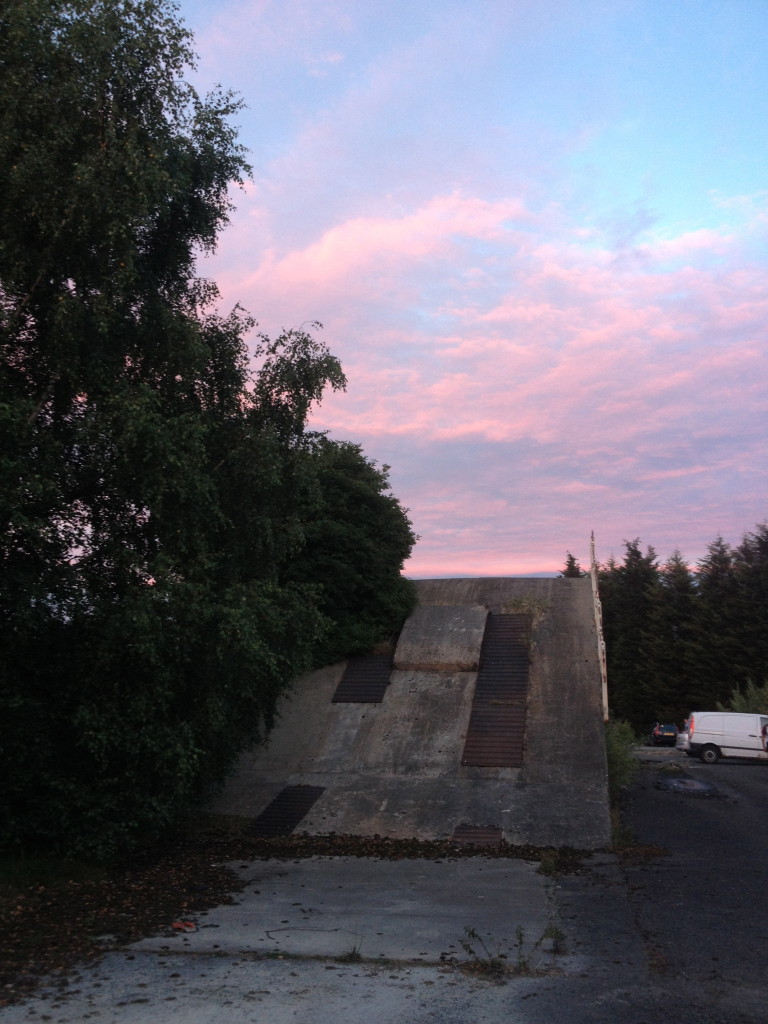 We got there early, I did my usual three toilet visits, FRB checked the course route, because he cares about things like that, and I don’t, being of the “just run and follow the person in front with an occasional glance at the scenery” race runner. We walked ten minutes down a field to the start and race-milled. There were about 300 runners, I’d guess, who on a Tuesday evening when they could have been flopped in front of the TV instead chose to come out and run five miles through Yorkshire countryside. The race organizers gave instructions: go up the field, pass between a tree and the fence, loop, down the field and up the hill. Too many “up”s for how I was feeling, which was knackered. It was just one of those days where I had very little energy. Maybe because of my overactive rest day, maybe because of hormones. I don’t know, but it was so bad that I scoffed half a bag of Skittles before I set off, hoping the sugar rush would shove me round the five miles.

Off we went. Up the hill. Over narrow paths that had too many hidden tussocks for my liking. My ego was in the box where it currently belongs, and for a while I was content to be neck and neck with a 60 year old woman. But then my ego peaked out and I ran a bit faster. It was a lovely route, through green fields, on a cool and dry evening. The light and the clouds were beautiful, there weren’t too many hills, there were some dark woods for a bit of excitement (perhaps a bit much for my tendon). I was overtaken by a few team-mates, but my ego was back in the box so that was OK. And I just steamed along, concentrating on my form: head up, torso tall, arms powering back, shoulders relaxed. I felt good. The Skittles must have been working. And god bless STAC for sticking in a water station at half-way, which was very welcome.

The last mile came out of some woods, down a field, down another field, then up the field where we’d started. I kept it steady, tucked in behind a woman from Baildon runners, but then the Kirkstall cheerers started. GO ROSE. COME ON ROSE GEORGE, sung with a football chant tune. Oh, OK then, and I sprinted past the Baildon woman. Another 200 metres to the finish, and there was FRB who had of course long since finished. “TAKE THE STAINLAND!” This meant, there is a runner from Stainland Lions in front of you; go get him. FRB was not meant to be encouraging me to sprint finish, I was not meant to heed him. But I did. A big sprint, I got the Stainland man, and finished in 47.14. The course has changed slightly, but that’s still five minutes slower than my result two years ago, and six minutes slower than a friendly nemesis of mine from another club, who I used to regularly beat. Never mind. I’m running. I read this nice post on Too Fat to Run, begging women to stop describing themselves as slow. We run, and it doesn’t matter at what speed. Yes, I’d like to be as fast and strong as Tanya Seager, who won last night with a time of 32 minutes. But that won’t happen. More, I’d like to be as fast and strong as I can be, and if my fastest for now is slow, with no injury, then that’s fast enough. 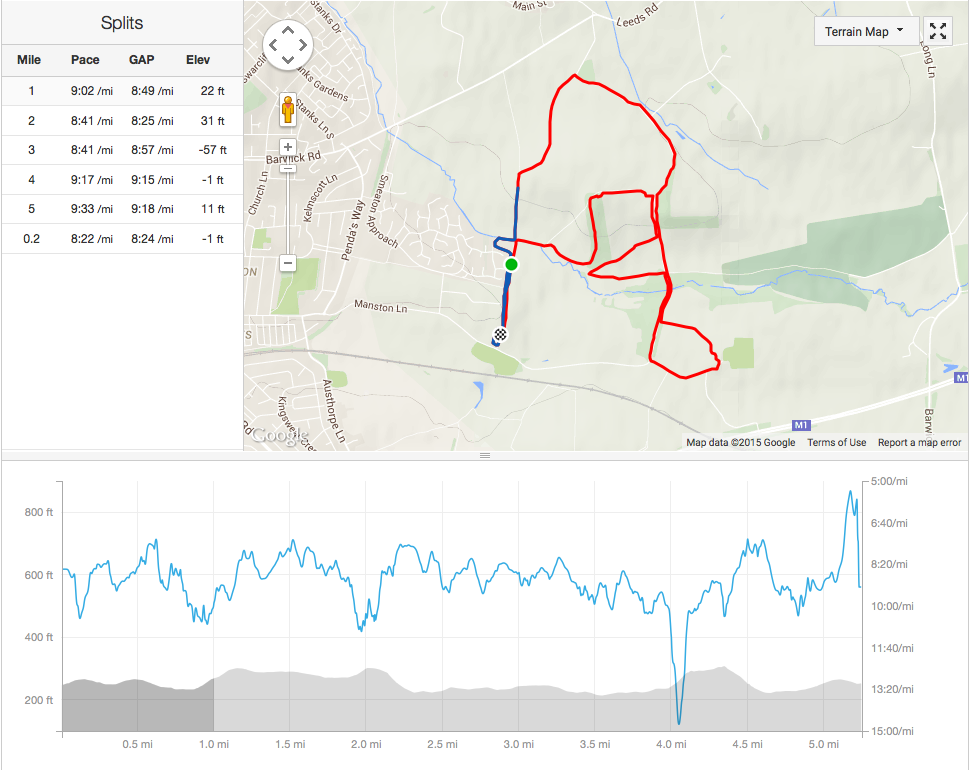