I signed up to run the East Hull 20 last November or so. It made sense, in a way that the fact that I may one day be able to run 26.2 miles made sense, in a dreamy, hysterical, impossible kind of way.

And, oddly, I’m not too nervous. I wonder why. I had leaden legs on my 18 mile run, but I wasn’t knackered apart from in my legs. Perhaps I’m confident, but that’s not like me. Perhaps I’m denying the fact that I will wake up tomorrow morning at 6am, pick up my club-mates Gemma and Richard, drive to East Hull, and then

Oh. Then it became more alarming. And yet. I don’t have my race vest from Seafarers UK. I’m still not sure about which socks I’ll run in: the comedy rainbow compression socks are great, but today on Parkrun they were making my toes tingle, and that was over only three miles. Also they didn’t enable me to beat the dog who was faster than me by miles. (Comforting thought: dogs are four times as fast as humans. I have no idea where I read that.) I did however beat the ten-year-old girl who was running alongside me for a while with her dad. We were passed (i.e. coming in the other direction) by a group of power walkers, and the next few hundred metres were spent, entertainingly for me, listening to her dad try to answer her question of “what’s the point of power walking?”

So as I don’t know about socks, and I have forgotten to buy isotonic stuff to put in drinks and anyway I don’t want to run 20 miles carrying a bottle of water, and my hydration backpack hasn’t yet arrived, I concentrated today on eating and baking. I made power chia flapjack, a version of Veggie Runners’ spicy flapjack, with a large dollop of chia seeds added, along with some preserved plums I bought in Singapore. Then I made a power chia banana and almond milk smoothie for tomorrow morning when I will be stumbling around at 6am. Then a beetroot, feta cheese and kale recovery quiche (eggs = protein = good). Then a carb-loading onion and broccoli pizza, to stop me from heading out to Nash’s fish and chip shop for a large amount of chips, mushy peas and gravy. I had them once, and felt strong when I ran the next day, so in my head they are now i) magic and ii) justifiable. But the Brownlees swear by pizza, so it was pizza.

I have laid out my race outfit, and searched for my race number with some desperation, before searching then for the booking email that told me we would pick up race numbers on the day. I have looked at the East Hull Harriers website and at the course, which has an alarming number of small and large numbers on the main road, which means the loop of doom, when faster runners come back and you know you are several miles behind them. I have checked that I have enough energy gels for throughout the race, and I have charged my watch. I have prepared my post-race clothing of clean t-shirt, clean pants, clean long trousers, clean socks, other shoes. I will probably take jelly beans or jelly babies but will get them on the way, and anyway I’m not sure about them as my throat does not swallow them properly and once you’ve run a mile with half a swallowed jelly baby in your throat, you tend to look at colourful sugary confectionary with darkness in your heart.

I will barricade my door tonight so that my furry alarm known as my kitten – who arrived to lick my neck last night at 3am, 4am, 5am, 6am and 7am – can’t disturb my sleep. I have not had alcohol since Thursday. I paid £25 for an excellent sports massage in which Ward, the man with terrifying hands, poked at my knee where my ITB arrives at it and made me squeal. Yes, he said. That explains why your knee has been aching.

There is petrol in my car. The race location postcode is in my phone for Google maps.

And that is all the preparation I can do. Now my feet just have to run 5280 feet. 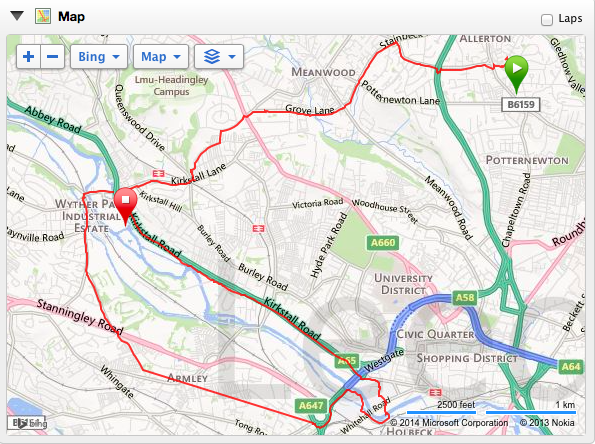 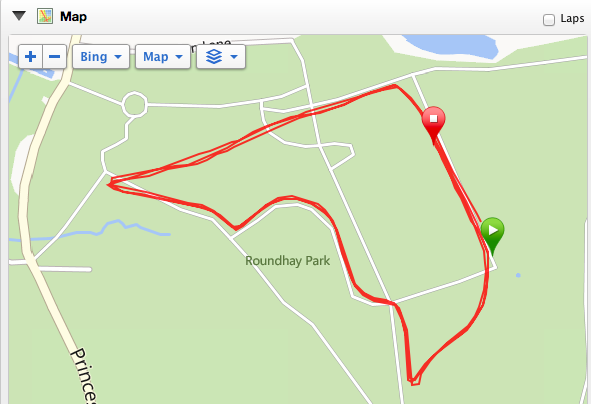